To be the Center of Excellence in Information Technology Education.

To offer Quality Information Technology Education by providing relevant knowledge, and skills to prepare our graduates to address the demands of a knowledge-based society  and industry of  the 21st century both locally and globally

It is our obligation to be an academic institution that is innovative and skilled in creating, acquiring and transferring values, competence, knowledge, skills and proficiency to our students as key to their success in their chosen fields.

To continually address the need for Information and Communication Technology (ICT) professionals and Computer Engineers to contribute for progress not only nationally but also globally, the college has the following objectives: 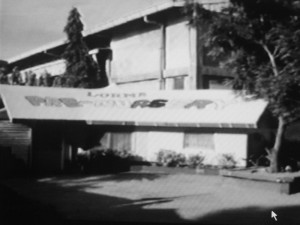 The opening of ABC Fun School at Lorma in 1976 pioneered the existence of Lorma Grade School. It was founded by  Dr. Rufino N. Macagba, Sr. and Dr. Crispina Lorenzana-Macagba when they thought of extending services not only to Nursing students but to children as well.

On its first year of operation, Mrs. Lily Sals set the tone for quality education to 17 pupils.  After a year, the initial enrolment jumped from 17 to 40.In 1978-1979, a Grade I class was opened to cater to those who completed the Kindergarten requirements.

Since then, every year there was a constant increase in the enrolment which meant the opening of another grade level until it was fully completed in 1983.

The Board of Directors of Lorma, Inc. knowing the necessity of having a complete grade in elementary, decided to change the name ABC Fun School to Lorma Grade School in1981. 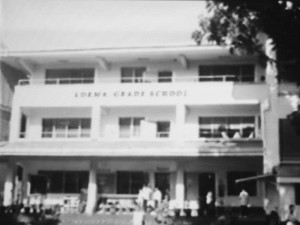 Today, Lorma Grade School serves many qualified pupils regardless of religion and race.  It is the first school in the north that offers Computer Assisted Instruction.

It is duly accredited by the Association of Christian Schools and Colleges Accrediting Agency, Inc (ACSCU-AAI). In February 2005, the Lorma Preschool and Grade School were

Re-Accredited to Level II Status, the highest level of Accreditation for Preschools and Grade Schools in the country by ACSCU-AAI for a period of five (5) years from February 2005-2010.

In 1984, the Special Science High School of Lorma Colleges was conceived out of a prophetic vision that the future of the Filipino people shall tremendously be propelled by the wonders of science.

As such, the “Now Generation” must be grounded with scientific and mathematical minds which prepare the young minds understand, manipulate, create and think/decide within the milieu of continuous scientific discoveries.

The Special Science High School program is also Level II Accredited by the ACSCU-AAI for 5 years. Lorma San Juan continues to bring honor to the institution as its students participate and win in various competitions in the field of Math, Science, English, the Arts, Journalism, IT and Athletics at the provincial, regional, national and international levels.